Importing the same track at the same position in different albums, doesn't show up in UI after successful upload

All uploads are successful, the track is missing in the second album.

All uploads are successful, the track is present in both albums.

Picard screenshot for the two albums, the second track (Rise) is the one triggering this bug. 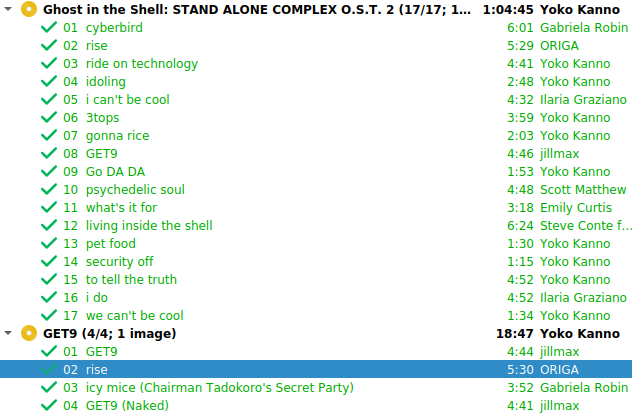 Musicbrainz page for GET9 and Ghost in the Shell: STAND ALONE COMPLEX O.S.T. 2

I noticed the GET9 tracsk aren't affected by this bug, they're basically identical too (same AcoustID, same name, same artist) but don't share the same track position in both albums. The missing track isn't marked skipped as duplicate during upload too, so I guess this bug is triggered in later deduplication logic?