Support for multiple artists per track in UI

What is the problem you are facing?

I have been having this issue with how the UI shows songs with Metadata with multiple artists tagged by MusicBrainz.

After discussing it in the Element chat I wrote down how I expect multiple artists to work inside the Funkwhale UI. Note, I get these expectations from music streaming platforms that already exist like YouTube Music and Spotify, and this is where I will be pulling my examples from.

My issue with using Funkwhale, and why I currently have stopped using my instance, is due to the fact when I scan my library where a music file looks like this (tagged from MusicBrainz:) 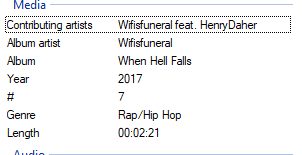 It gets added to my Funkwhale under the artist "WifiIsFuneral/HenryDaher" and there is no complete album named "When Hell Falls" which is the whole album with tracks 1-12. Only multiple albums show up based on the Contributing Artists tag in the song file.

What I expect to see, is the song be contained under the album When Hell Falls, which is owned by WifiIsFuneral (so should be under his artist page) and inside that album show that the song is featuring the Contributing artist. This is how it looks on YouTube music:

As you can see, album is listed to be owned by WifiIsFuneral. The song I showed in my library above is using the Album Artist tag to show who owns the song in the album, adding the contributing artist to the song file name. If you go to HenryDaher in YouTube music, ou do not see this album, as it is not his album.

Now that is albums. Singles should be handled differently, in my opinion. As they are on these streaming services as well.

Singles are shown on BOTH artist pages for each Contributing artist. Let's take the new song Family Ties by baby keem for example in this.

As you can see in this picture, the song shows up on Baby Keems profile as a single by Baby Keem.

Go to Kendrick Lamars profile and you see the same thing,

Though when clicking that single on either profile, it brings you to the same song which shows more info about the track. How Baby Keem is the one who made the song, and how Kendrick Lamar is featured on it. 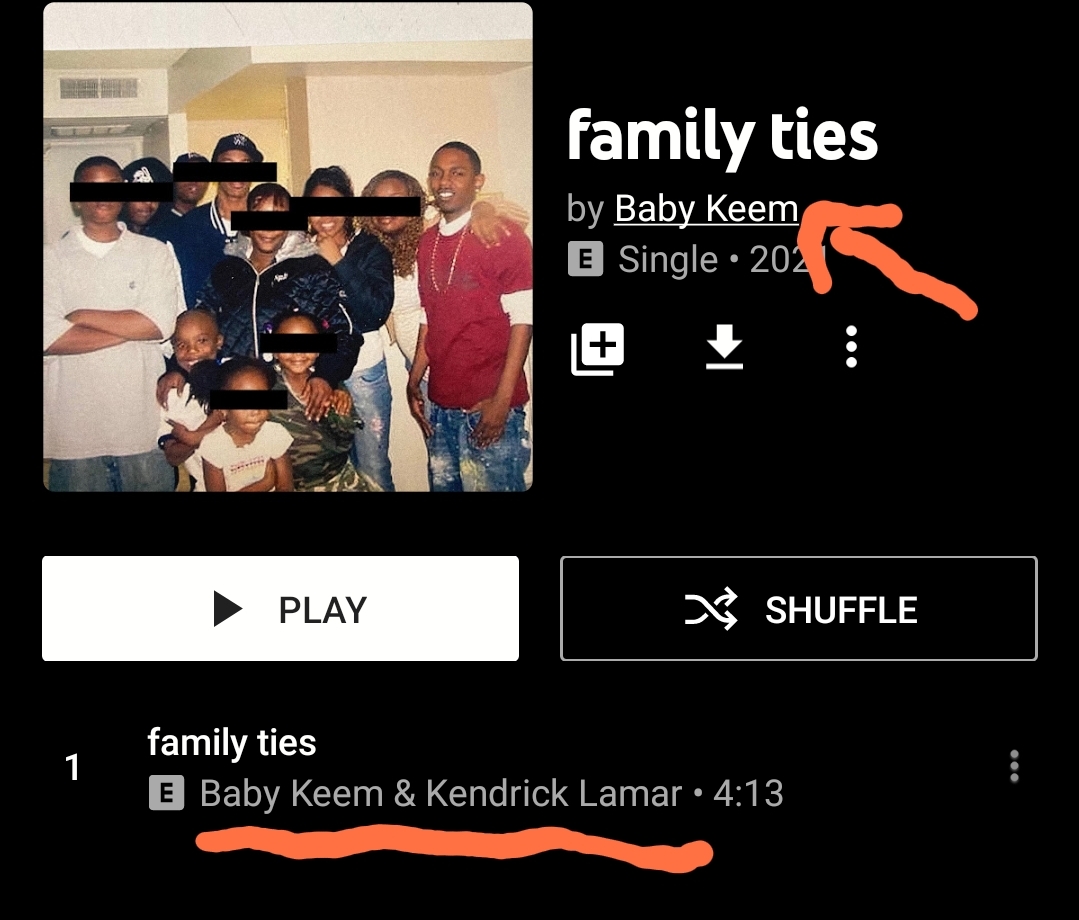 This is how I expected Funkwhale to organize its media as well, so after finding out about the way it deals with Contributing artists really threw me off. I feel the way these popular streaming services sort their music is very intuitive and easy to browse meanwhile keeping everything looking organized.

TLDR: I think songs in albums and eps should be organized by albumartist, so they only show up under the artist who made them but then in the album view it will show the Contributing Artists as a field.

And I think singles should be organized by ContributingArtists, so they show up under both artist profiles but link to the same song page.