The images are blank not even a disk image but there are still some that have disk images which I didn't take a screenshot. 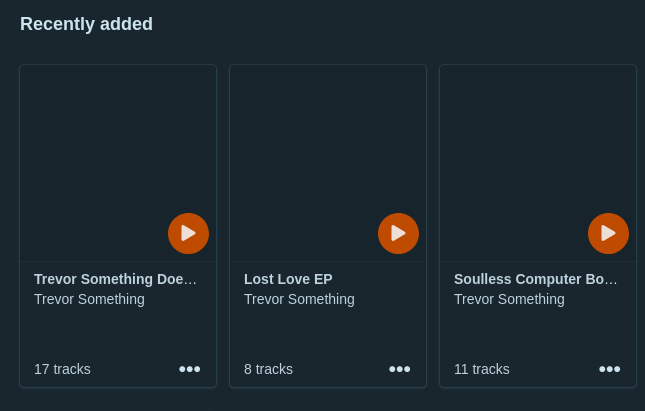 The tracks or albums should have the cover images of their metadata which I could confirm they were available through other media apps.